Do You Make These Common Employee Documentation Mistakes?

Managers tend to have a lot of reasons for poor and missing documentation when it comes to employee actions.  Some of the common reasons actually sound … almost… valid.

I especially enjoy the excuses that are based in production.  After all, who can argue with a Manager for prioritizing production?  Good numbers cover a lot of poor work in most Companies, and poor documentation is a most heinous transgression.  It is like playing roulette with your Company’s money and reputation, with little upside and a huge downside.  The following list outlines manager actions (and inactions) that increase your Company’s risk.

Documented conclusions that are not supported.  Who, what, when, where and how can 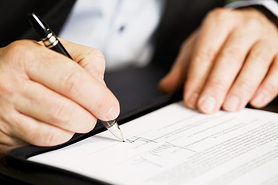 usually be supported in good employee documentation.  On the other hand, reasons why are almost always unsupportable.  Don’t assume you know why an employee took any particular action.  Just stick to the facts.

Inconsistent documentation.  Anything you document regarding your least favorite employee must also be documented for your favorite.  (Don’t even pretend you don’t have a favorite; all of your co-workers know exactly who that person is.)  Be an equal opportunity documenter.

Documented partiality.  Some Managers give excuses for employee actions in their documentation.  “Stan has been under a lot of pressure lately…”  “Jane is a single parent; under normal circumstances, she would never …”  Expressing sentiment in documentation is one of several ways that partiality can come across.  It undermines the credibility of the documentation; sentiment is best saved for personal communications, and best left out of documentation.

Non-specific focus.  When you read employee documentation, you should know precisely what the issue is.  Beware of unclear standards and notes that don’t specify what the issue is.  “John is not a good worker” is not good documentation; “John consistently does not meet the production standard” is better, but not better enough.  “John has a monthly quota of 100 units.  He has never produced at more than 60% of his written goal.  John has been in the position for fourteen months, and has been counseled for poor performance three times over the past year.”  Now, that is usable documentation.

Documentation not personalized.  When you make notes about employee performance, please date, time stamp and sign the notes if possible (some Companies keep notes electronically, which is fine).  This adds credibility to the documentation.  Also, the date may be invaluable to help in clarifying a timeline later.

Stay in the know with Vantige.

What Every Manager Ought To Know About Employee Mistakes

Mistakes are a part of life for managers and employees (and every other human on the planet).  Of course, mistakes usually result in something that... END_OF_DOCUMENT_TOKEN_TO_BE_REPLACED
management 101
3 min read | February 5, 2013

Self-Awareness: Don’t Be a Manager Without It

I define self-awareness as the knowledge of one’s own strengths, weaknesses and impact others.  Some management gurus take this concept to a... END_OF_DOCUMENT_TOKEN_TO_BE_REPLACED